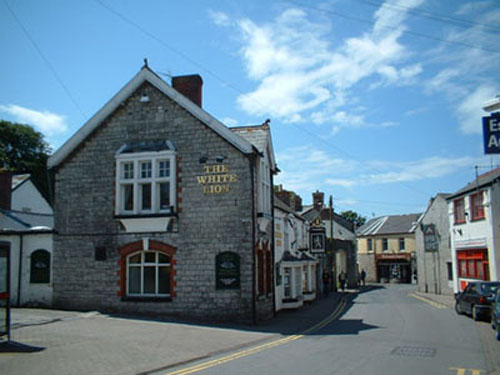 Formation of the Lodge

A meeting was held at the White lion Hotel on the 26th March 1987, when there were 26 brethren present,  all from the Province of South Wales (Eastern Division) A unanimous proposition was upheld for the formation of a new Lodge to be Known as the Llantwit Major Lodge. A steering committee was formed and Chairman, Treasurer and Secretary were elected and a bank account opened. 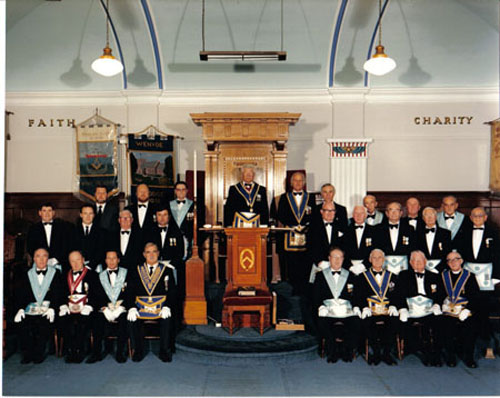 The founding of a Lodge in the Vale of Glamorgan town of Llantwit Major was largely due to the inspiration of W.Bro.M.D.M.Thomas ('Mel') P.A.G.D.C.
The Master elect presented his team of officers including Rev. Dyfrig Lewis as Chaplain, and Bro. D.S.Price (Dai) as Tyler, all of these great characters now passed to the Grand Lodge above. 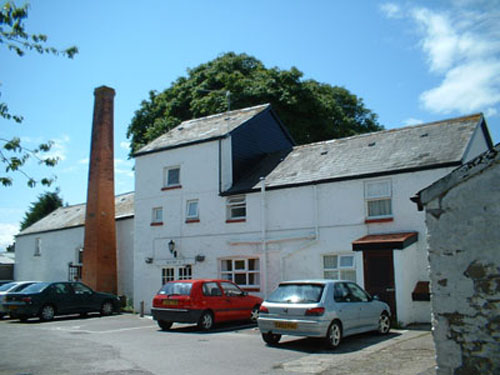 The Oast House rear of the White Lion, our first meeting place. Since the Oast house was used for public purposes as well as Lodge meetings, the temple furniture was assembled immediately prior to the meeting, and packed away again when the meeting finished. In its' place, dining tables were then assembled prior to enjoyment of the festive board. 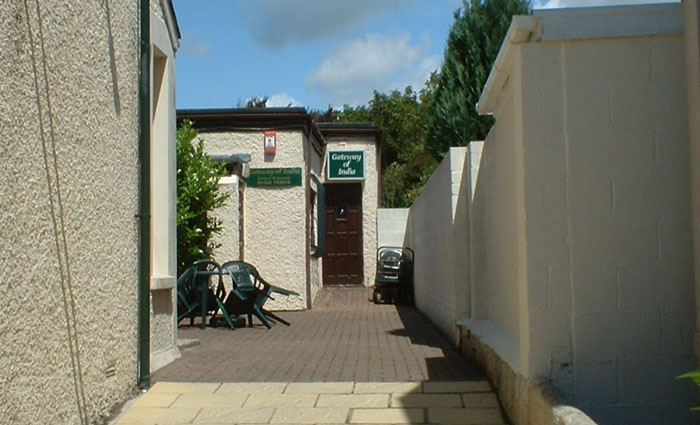 Sadly, due to increasing difficulties with the Hotel management during 1999 an alternative venue had to be sought.
Directly across the street from the White Lion Hotel was a building known as Compton House, which traded as a restaurant by day. This was where the Lodge found its' new home, and the first meeting here was held in November 1999. 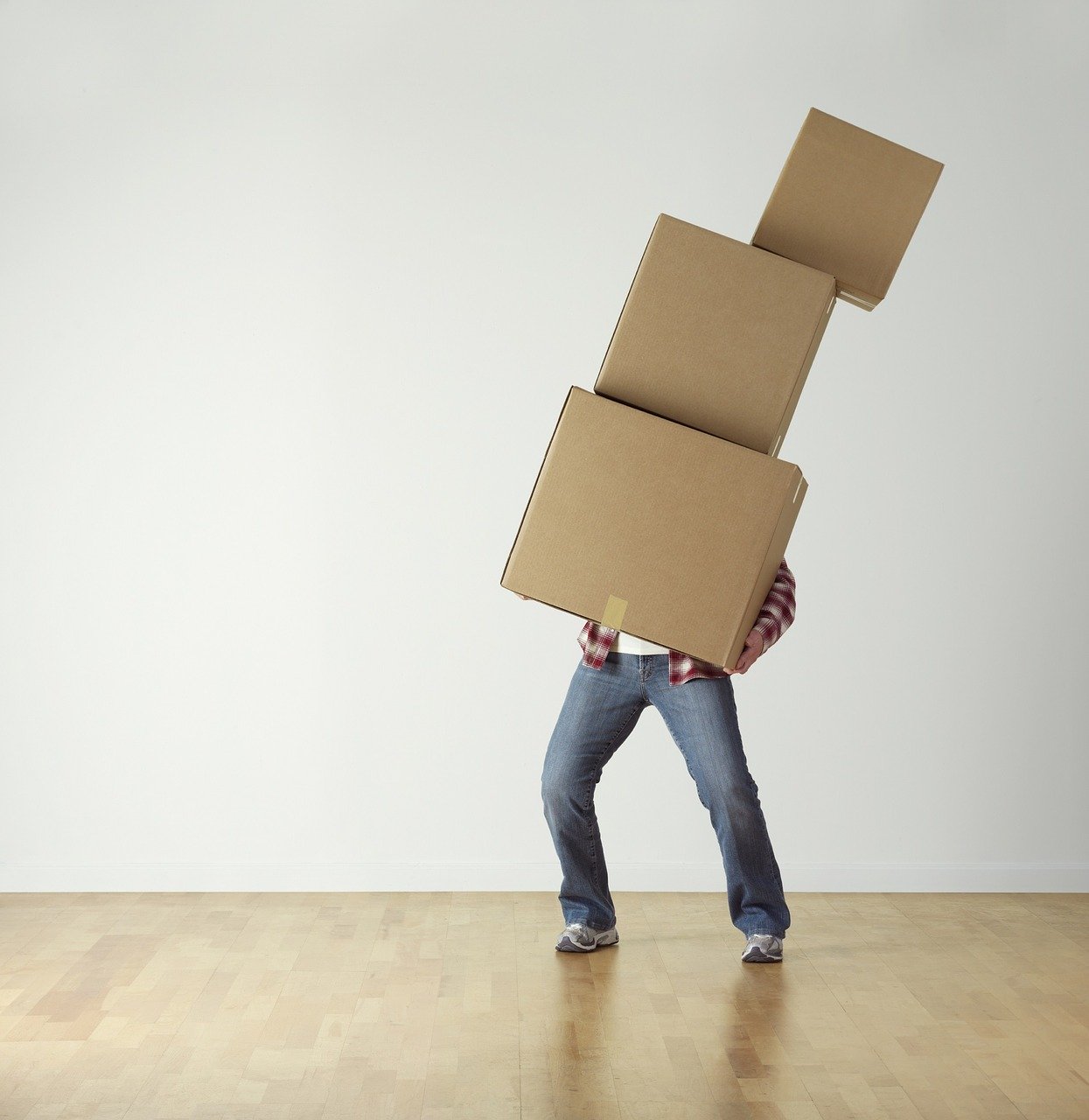 On the Move Again

This situation again proved successful, and both Lodge and Chapter meetings were enjoyed at Compton House until June 2002. In 2002, the proprietor of Compton House made arrangements with another restaurateur to utilize the premises as an Indian restaurant, which would occupy the building by night and day. Once again a new venue had to be found. 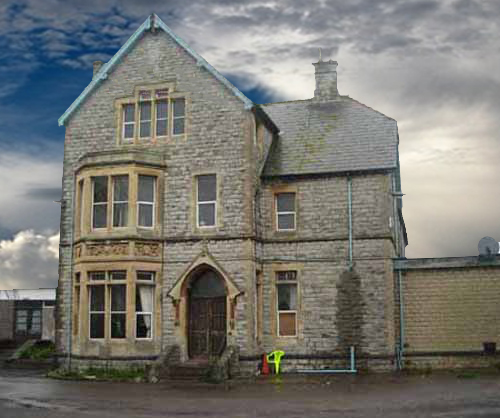 During 2002, negotiations were held with the management of the Llantwit Major Social club. The social club had been in decline for many years, and so were keen to receive our custom and forty plus new club members. This resulted in a five year lease being drawn up for our sole use of a disused room on the top floor of the building. 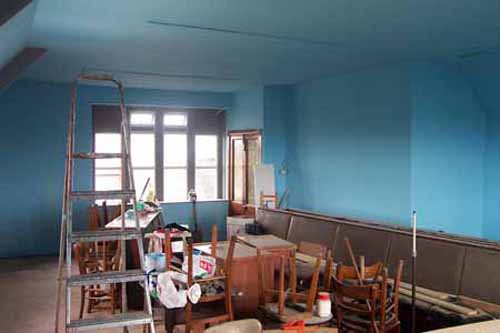 The room had been neglected for many years and required much refurbishment, including lighting and heating, painting and decorating, and equipping to act as a permanent temple. In addition, emergency lighting and fire safety measures had to be installed as a condition of occupancy. In order to accomplish these things, time and effort was provided by the members, who also freely donated the necessary finances. 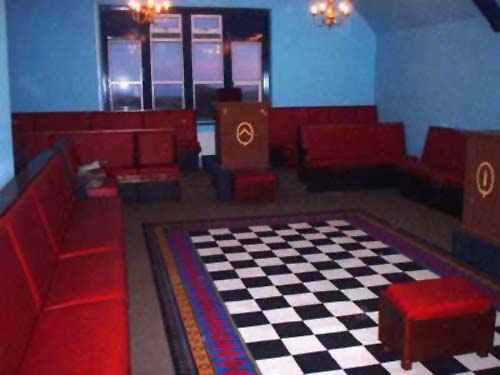 Our 'bijou' temple at the social club could hold no more than fifty five people, so it appeared full on many occasions, and three more years passed before we once again found ourselves 'homeless'. Unbeknown to the Lodge members, the social club had amassed large debts which resulted in the electricity supply being cut off. As a result of the financial situation the social club closed and with it our occupancy ceased. 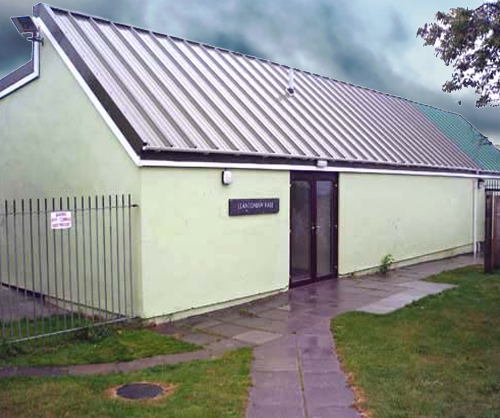 Since November 2006, the Lodge has now been re-established in Llantwit Major.
Once again, the temple has to be assembled before the meeting takes place, and dismantled upon completion. The meetings are now held in a community hall (Llantonian Hall) situated at the rear of the Llantwit Major Rugby Club car park, and the festive board undertaken at the rugby club.

A Brief History of Llantwit Major Lodge No. 9241
Compiled and written by W.Bro. R.J.Williams P.Pr. J.G.Warden.

Founding of the Lodge

The founding of a Lodge in the Vale of Glamorgan town of Llantwit Major was largely due to the inspiration of W.Bro.M.D.M.Thomas ('Mel') P.A.G.D.C.The intention was to provide a Lodge for the use of the numerous freemasons already resident in Llantwit Major and the close vicinity, and to attract new members from this local catchment area.There had previously been an attempt to establish a Lodge at Llantwit Major in the early 1970's. This resulted in the formation of the Llanilltud Fawr Lodge No. 8644 (warrant 12th February 1975), but due to a lack of suitable premises in Llantwit Major, a recurring theme in this history, the Llanilltud Fawr Lodge began their meetings at the Porthcawl Temple where they continue to meet to the present day.As a presage to forming the new Lodge, a series of meetings were convened early in 1987 at which the first officers were proposed with W.Bro. Mel as Master elect, and W.Bros. G.D.Sweeting and M.R.Evans as Principal Officers designate. The Porthkerry Lodge No. 6299 agreed to sponsor the petition to the Grand Master, and the Llantwit Major town council agreed the use of the town coat of arms for the Lodge badge bearing the motto 'In All Things Loyal'. By-laws were agreed and the annual subscription set at £25.The Master elect presented his team of officers including Rev. Dyfrig Lewis as Chaplain, and Bro. D.S.Price (Dai) as Tyler, both of these great characters now passed to the Grand Lodge above.The Llantwit Major Lodge No. 9241 was granted a Warrant on 30th April 1987, and consecrated at the Masonic Temple, Barry, on Friday 16th October 1987, with the late R.W.Bro., The Rt. Hon., The Lord Swansea, D.L., Provincial Grand Master, as the Consecrating Officer.